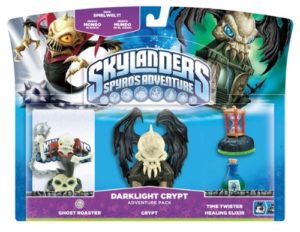 The expansion came with a Skylander, Ghost Roaster, the level unlock toy, and two magical items. One of which slowed time, thus making all of the puzzles significantly easier.

I was hired to work on Skylanders Spyro’s Adventure when they had just received a one year extension from Activision. I was tasked with taking a concept of a haunted mansion level and creating a level from it. As everyone was busy with getting their levels done, I was left mostly alone and allowed to do whatever I wanted.

First, I created the crushing blocks – a timing puzzle based on Thwomps from Mario. Then vanishing hidden walls revealed by light. I pitched doing a “switching” mechanic a la A Link to the Past. I first tested this with the Knight Statues and it worked shockingly well. We had one playtester who made it to the first knight, and when it switched and came to life she threw the controller and screamed. 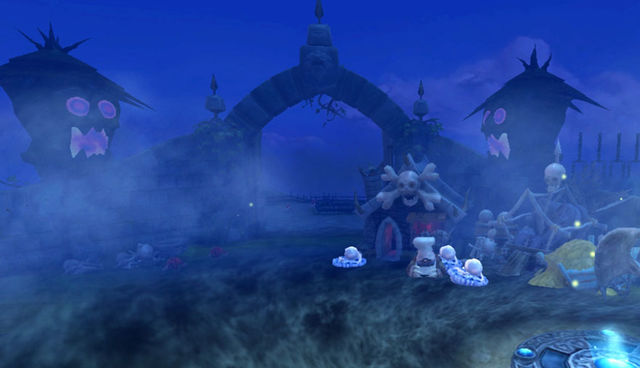 It was very mind-bending but I worked at making sure the player had plenty of reason to change back and forth and having puzzles that required players to think about what state they needed to be in.

The level was well received and an office favorite.

Late in the process it was decided that the level needed a boss fight – however the boss team was already overloaded so I took on the challenge of creating the boss fight from scratch. I originally envisioned it as a variation of the World of Warcraft Serpentshirne Cavern fight, The Lurker Below. I strove to keep the main mechanic of the level – the switching between light and dark – a central part of the fight.

I created the level layout, including the inclusion of a hedge maze. I scripted the boss fight in it’s entirety. I wrote the swapping script, which used a database to correctly assign the information for each swapping piece, while spawning and destroying each piece to maximize for performance. I wrote lines for the Cute Ghost characters, including Gallant, and some of the lines for Occulous. 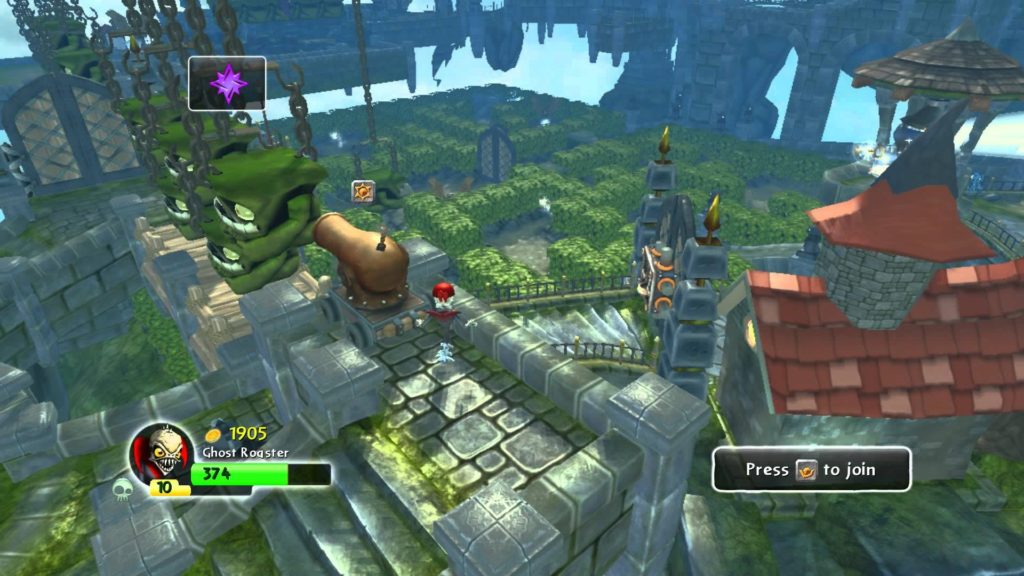 My greatest pride in this level is the script that runs the whole thing, the switching script, and how it resonated with people who played it. I would love to go back and rebuild it in a better engine to fully nail the concept. I learned a great deal about planning out and considering tiny details in the level. For example, when building the level, I mostly tested single player, never considering that in a two player game, one player could just stand at the Switcher, while the other was on the “wrong side”.

Sadly, this level was underplayed as it was a standalone expansion – sold for $25.00, and often bought and marked up. Further, only the Wii version is the “correct” one due to issues with our Port studio XPec. They ported the levels by hand instead of programmatically, so much of the specific timing and setups were destroyed. 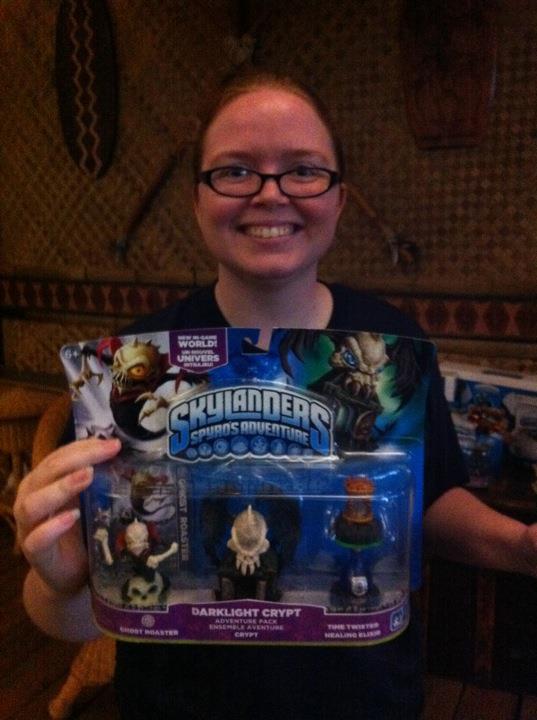 Me, with my shiny new expansion.