When we began working on Imaginators, we had been told about the cartoon, so we specifically chose Skylanders to “lead” a level and be our main focus. I chose Stealth Elf, as she was one of my favorites from the very beginning of my time on Skylanders. 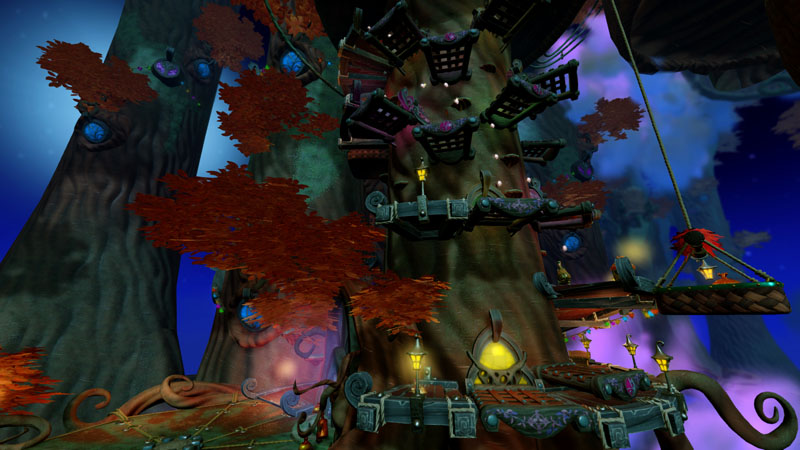 We had switched from using the proprietary tool TfB used on all previous games to the one used by Vicarious Visions on Swap Force and Super Chargers. Due to this, we chose to focus on adapting what mechanics we could from their games. 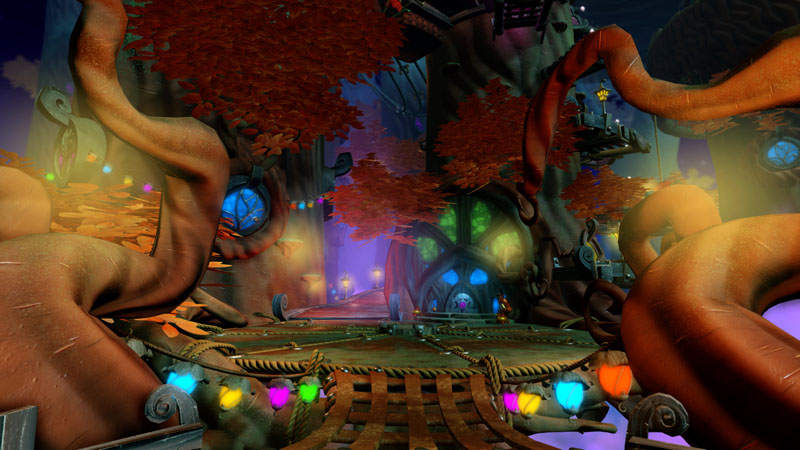 I chose rail grinds – thinking it would be amazing to glide along the trees on branches.

The fire and firefighting mechanic was inspired by World of Warcraft’s Halloween event. 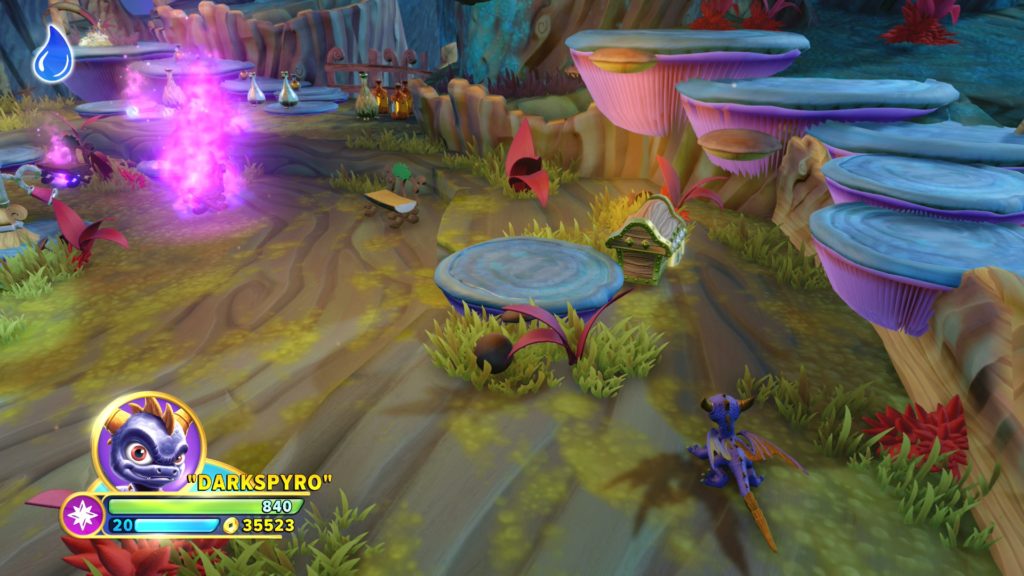 I also worked closely with a programmer, Stephen Hatcher, to create the final boss, a poor tree driven mad by fire. 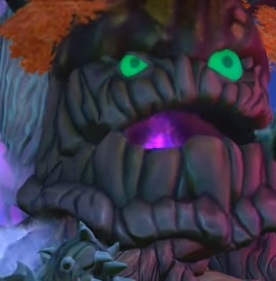 Lastly, I specifically created a mini-event mechanic that was inspired by Siege of Orgrimmar’s Spoils boss encounter. More specifically, there was a very inside joke, of the two elves names used for the two “spoils” rooms. One, the main path, is named after my co-guild leader, who was notorious for opening boxes SLOWLY. A point referenced by the fact you can’t fail my spoils rooms. The other, Avellicia, is another guild mate, who collects mini pets with me, hence why her room has nothing but stuffed critters.