It was decided, as we started working on Giants, that we needed to hammer things out very quickly as we had a 9 month production cycle. Part of this included us taking several mechanics from SSA and reusing them in Giants. Also around this time, we found out less than 10% of our connected players had played the Darklight Crypt expansion pack. So my lead tasked me with creating a new version of the Darklight Crypt level, with the same mechanics, just as a new level and to “make it less creepy.” 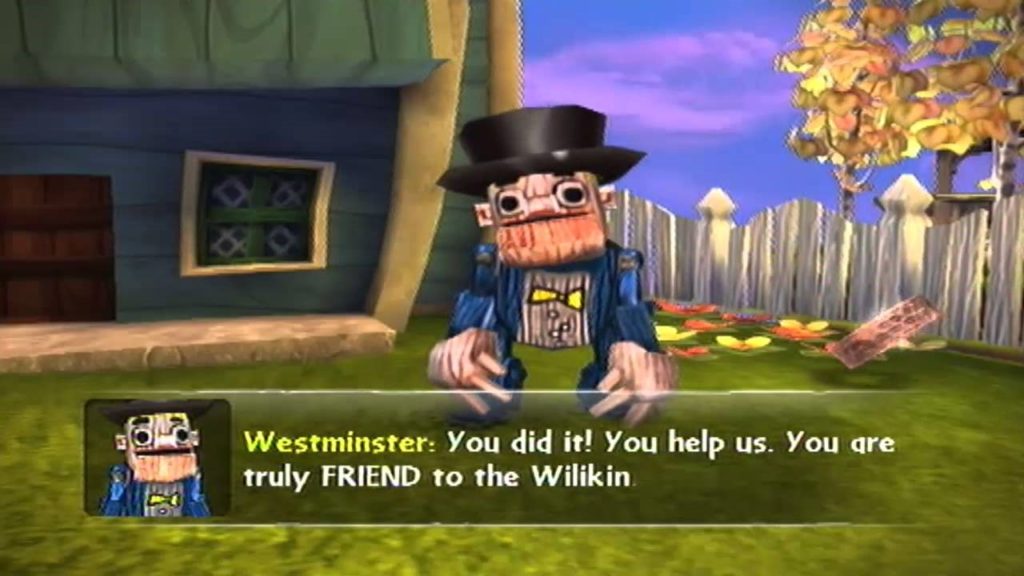 Note to self – living toys are not less creepy than ghosts, skeletal eyeballs, and living suits of armor. Got it.

Unfortunately, I failed completely on that last part.

Art came to me with these little wooden puppets who were Kaos’ toys as children and wanted to use them for the switching level. I agreed and we ended up with Wilikins. Do NOT play this level if you have dolls or puppets and fear them ever coming to life.

Most of the functionality of this level was still functional from Darklight Crypt, so we instead invested our time in the boss fight. Working closely with the boss fight programmer, we created a very Ikaruga esque fight. (He and I were both fans of the game.) 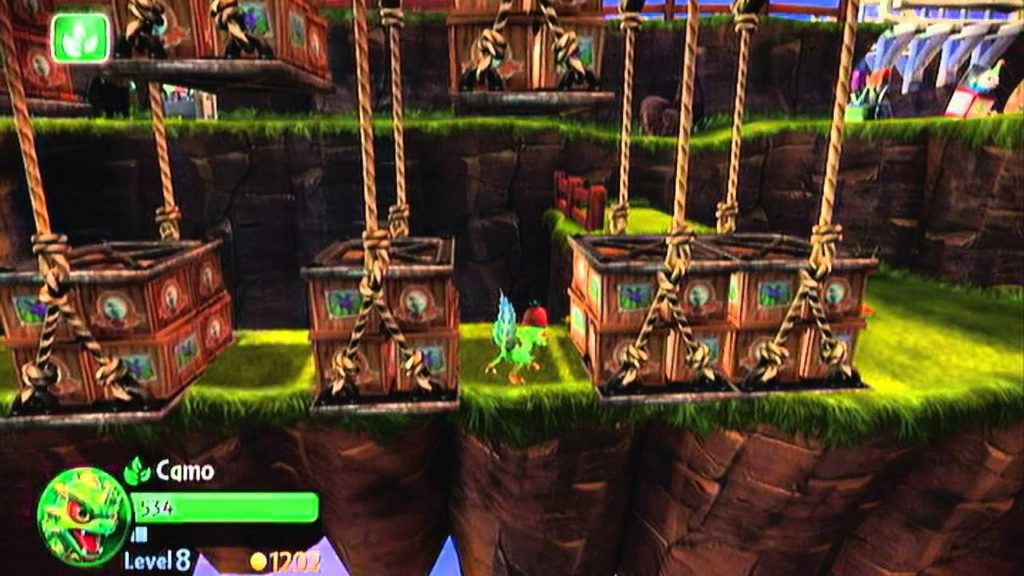 I was particularly proud of my area names and the Wilikin Interiors, including the one with the little ghost Wilikin. (HOW DOES THAT EVEN WORK?)

Hamilton Landing is the address for Toys for Bob, a converted aircraft hanger.

In a fan poll on Facebook, Wilikins was voted to be the fan favorite. It had about 400 votes, almost double of what the next level, the Trial of the Oracle had.